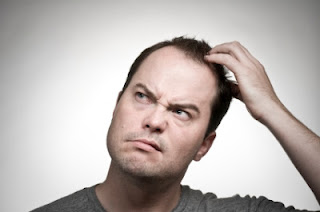 Every leader has experienced it at one time or another.  "If you do 'this' for me, 'then' I'll do that for you."  The Reubenites, Gadites and 1/2 of of the tribe of Manasseh had asked for and received land East of the Jordan River.  In exchange for owning their land now, they would help the other tribes gain possession of their land later.  Well, it was time to make good on the agreement - but would they do it?

Even though Moses and Joshua had struck an accord with these tribes, Joshua doesn't assume anything.  He reminds them of the deal that they had agreed to.  It isn't that he thinks that they are going to back out on it.  He wants to make sure that what he is thinking is what they are thinking.

Have you ever had a discussion with someone, who agreed to do something, only later discovered that they think they never agreed to anything?  Happens all the time.  If your like me you want to have an MRI done on their brain to find out what's wrong.  You know what you said, you know what you meant and you know what you were thinking when you walked away from the conversation.  What do you do?

First of all, don't blow a gasket.  Unless their actions are done out of malice, most likely you have a breakdown in communication here.  Now if they are just being mean or manipulative, move on without them.  You don't want them on your team anyway.  If there is a misunderstand, take responsibility for what you did or didn't do.  For example:

1) Did you follow up the conversation with an email clearly defining what was said.  If there is a misunderstand, it will come out.

2) Did you ask clear questions?  Instead of asking, "Can you do this?"  try "Would you be willing to (whatever task you are asking of them) by (set a deadline)."

3) Oh yes!  That deadline thing.  Make sure that you set that deadline.  If you don't, they will do what ever you want done in their time frame.  If you allow that to happen, then you have to call them 10 or 12 times to get them to do it.  You're no longer a leader, you're a nagger.