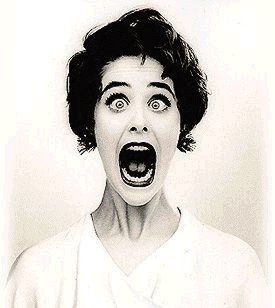 Joshua 2:24  They said to Joshua, “The Lord has surely given the whole land into our hands; all the people are melting in fear because of us.”

The spies had been to Jericho and they had seen their enemy - and it was GOOD!

Their report, which was a good report, helped Joshua discover that their military campaign was going to be successful.  Remember, they had been wandering in the desert for 40 years.   I don't know about you, but I have trouble remembering what happened last week, much less 40 years ago.  But God didn't allow the enemy to forget what He did for His people 40 years ago.  They were very much aware of what was coming and they were scared.

What does this mean for you today?

#1 - Who is your enemy?  I could be talking to a mom, a small business owner, a CEO or a pastor.  Regardless of who you are - you have the same enemy.  Satan.  1 Peter 5:8 describes him as a roaring lion seeking someone to devour.    John 10:10 says that he looks to steal (everything) kill (everyone) and destroy (everything).   Ephesians 6:12 tells us that our struggles isn't against people, but against demonic forces who are dedicated to our destruction.

So with that said, ask yourself, "Is Satan scared of you?"  The answer is yes!  You have the power to defeat Him in Jesus name.  The question is, "Are you scaring him?"

#2 - What are you really fighting?  Some people think that God isn't being fair here.  That these people didn't deserve to be evicted.  But remember that God promised this land to Abraham hundreds of years earlier.    Also remember that the Jews were God's chosen people (and still are).  The residents of this land were never going to convert to Judaism and as such, were bent on killing God's people.  (Refer to #1 above and then you will know who they are really working for).  Because the Israelites were not going to allow any kind of idol worship, these people choose to die for their false gods.

The battle that you fight is compromise.  Don't compromise your family, your faith, your values or morals.  Your enemy wants you to trade what you believe in for things that are temporary, material and pleasurable.

Your family isn't for sale, your faith isn't for sale, your morales and core values are not for sale.  When you take a stand and say "NO!"  The fight is on.  Your enemy will keep pushing, stealing, tormenting and destroying.  His plan is to hit you where it hurts, to discover your threshold of pain and get you to give up.    Rise against Him with your faith in Christ and the Word of God.  Ask Jesus to help you be a great leader.  Then you will discover what Joshua discovered.

Your enemies live in fear of you.
Success is in your future and . . .
The battle is the Lords, He has already won the war for you.