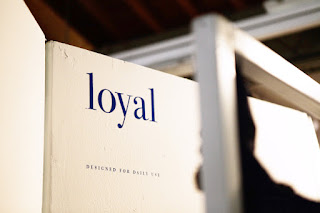 Joshua 2:1 Then Joshua son of Nun secretly sent two spies from Shittim. “Go, look over the land,” he said, “especially Jericho.” So they went and entered the house of a prostitute named Rahab and stayed there.

Joshua knew that this wasn't going to be easy.  Remember he was one of the original 12 spies from 40 years earlier.  But before he ventured into the land, he wanted to know what he was going to be up against.   But how was he going to do this without experiencing the same disaster that had happened 40 years earlier?   Moses had appointed one leader from each tribe to go out and bring back a report.  Now on the face of this, it doesn't seem to be a bad idea.  But as you might know, 10 of the 12 brought back a bad report.  Joshua wasn't about to make the same mistake.

#1 - Joshua limited the number of spies from 12 to 2.  Moses had to make sure that every tribe was "represented".  That way there would be no jealously among the tribes.  Then he sent some of their leaders, but it doesn't say that these were men who supported him.

#2 - Joshua choose two people who were loyal to him.  This way he knew what their report wouldn't blow up in his face.

When choosing people who are going to be on your team there are two factors you need to look at.  Their loyalty and their faith.  Moses choose badly.  10 of the 12 came back and caused a big, big mess.   Joshua and Caleb were not only loyal to Moses, but they believe in God too!  They had the faith to believe the God would overcome what they couldn't defeat.

Joshua wanted to know two things that you need to know if you are going to lead.

#1 - Where are you facing.  Noticed that I didn't say that you need to know where you are going.  I have to assume that you already know that.  But do you know what you are going to face during the journey?  Now there is no way of being able to know everything, nor does this mean that you have to have an answer for everything.  Surprises will happen.  You want them to be positive and encouraging.  When they are negative and discouraging, it can hurt your team.

#2 - Know what you are leading your people into.  This is all about assessing what you can or cannot do.  You will see how important this is as Joshua leads the people against the city of Jericho.  Even though he didn't know how he was going to conquer the city, he knew what he was up against.  As long as the people would remain loyal to him and faithful to God, he knew that this city was going to fall.