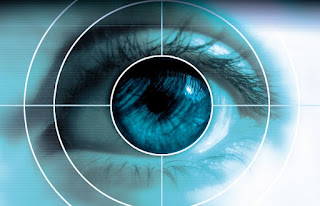 Joshua 1: 6 - 9 6 “Be strong and courageous, because you will lead these people to inherit the land I swore to their forefathers to give them.  7 Be strong and very courageous. Be careful to obey all the law my servant Moses gave you; do not turn from it to the right or to the left, that you may be successful wherever you go. 8 Do not let this Book of the Law depart from your mouth; meditate on it day and night, so that you may be careful to do everything written in it. Then you will be prosperous and successful. 9 Have I not commanded you? Be strong and courageous. Do not be terrified; do not be discouraged, for the Lord your God will be with you wherever you go.”
God again promises that they will get their land.  He promises prosperity and success.  He promises that He will never leave them.  And . . .

He tells them to be strong and courageous - 3 times!  That’s a big deal.  When God repeats Himself (which He should never have to do) He is always trying to make a BIG point.  BE STRONG - BE COURAGEOUS!  Why?  The answer is simple.

There will be sufficient reason to be weak and cowardly.  There will be reason to be terrified and discouraged.  There will be lots of reasons!  You might call them mountains, hurdles, tough circumstances or difficult situations.  It might be financial, physical, spiritual, emotional or relational.  It could be an impending layoff, a divorce, a death, a bankruptcy, a lie or a betrayal.  Whatever you name it or understand it it causes the same sinking feeling in the pit of your stomach.  Where is God?  What is going on here?  Where is the promise?  What did I do wrong?

Well let’s understand a couple of things.  Satan doesn’t want you to be successful.  So he will do everything in his power to defeat you.  He has a specific plan against you - to kill you, your future, to destroy everything.  So vision will be challenged.

Look at what God tells Joshua.  Why would He tell him to be strong if he wasn’t going to be tested.  God knew that things were not going to be easy for them.  I know that each of us would like for things to be a lot easier than they are.  But the simple truth of the matter it - they are not.

We live in a world today that preaches a very comfortable and easy faith.  We have tried to make it as easy as possible for people to accept Jesus into their lives.  I’m not against that, but this thought can be taken too far.  Popular preachers today would like to tell you that it’s all going to be roses and lovely.  That God has chosen you and it’s all going to be safe.  Joshua and the nation of Israel are not going into a safe place!  They are going to conquer that which was deemed unconquerable.  They were going to do what couldn’t be done.

But Russ, we live under grace, not the law?  It should be easier - right?  Wrong.  It’s harder.  Under the law, they could not murder.  Under grace you can’t even hate someone.  Under the law, they would not commit adultery .  Under grace you can’t even think about it.  What’s the point?  More is expected of us, under grace, than was expect under the Israelites under the law.  If it was tough for them, guess what it is going to be for us!  Before you give up hope and quit leading, read this.

They were under the law of Moses and that was enough to give them victory.  We are under the blood of Jesus.  That’s not only enough, it makes us more than conquerers (Rom. 8:37).  The battle may be greater, but our source of hope is always going to be bigger.
Lead, and every place you go will be yours, in Jesus name.