The crisis of nothing. - Joshua Leadership Principles 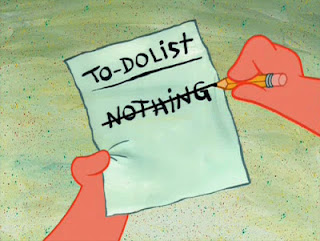 What do you do when you have been nowhere?  I know that this isn't your usual leadership question, but it is a relevant one none the less.  The nation of Israel had been wandering in the desert for 40 years.  That is about as no where as you can get.  The generation that arrived in that desert had now died off and their children were ready for their new home.  But how do you lead a people to somewhere when you have been no where?  It's easy to walk into a business or a situation that is in deep trouble.  Bad decisions wreaking havoc on its culture and future.  But that isn't the case here in the desert.  Life hadn't changed in 40 years.  Nothing was wrong - it was just - nothing!

The crisis of nothing.

Some might argue here that they knew what they were suppose to do - go and occupy their promise which is now the nation of Israel.  True, they did know that.  But did they embrace it?  After doing nothing for 40 years, we would assume that they were tried and ready to go occupy.  However, you should know this leadership principle by now.  NEVER ASSUME ANYTHING!  You will always get burned when you do.  Something had to happen in order for these people to go from nothing to something.  It it requires - death.

In order for these people to led out of nothing - nothing had to die to something.

We live in a world today where people are satisfied to do nothing.  In fact if they can get paid for it - all the better.  This is a great tragedy of life.  To be satisfied with little to nothing for doing nothing isn't what people were created for.  God has a better plan.  But before these people will do something else, this crisis of nothing has to die.  How did God do it?

#1 - The people who had a vision for nothing - had to die.  The original Israelites were slaves.  They were raised as slaves, treated as slaves and therefore were slaves.  That means that they acted like and thought like slaves.  It's sad  when you think about it.  All they wanted to do was fulfill their dream.  Go back to Egypt and be slaves.  When this generation finally died off - so did this dream.

#2 - The leader had to die.  No by no means was Moses a do nothing leader.  In fact, Judaism and Christianity owe a lot to him!  However, he did inherit their dream.  Leading them to do nothing for 40 years.  In the end though, the inevitable had to happen.  Moses had to go.  Not because he was the leader of the do nothing generation of Israelites, but because he had disobeyed God.  (Numbers 20)

(Leadership Mistake Principle)  It would be easy for Moses to lash out at the nation  of Israel for their lack of faith, vision and trust in God.  But in the end, he did it to himself.  It is easy for leaders to blame others.  But in the end, if you shot your foot off, you did it.  Embrace it and go on.

Tomorrow - When leaders have to die. (and resurrected)