What Would You Do For A Million Dollars? 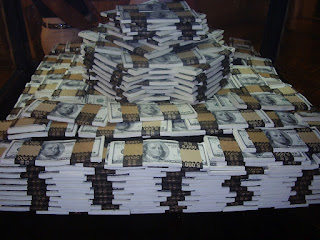 Believe it or not, this is a morality question.

These, and questions like these, can make us question our belief system.  We say that we would do these things.  But for a million dollars?  (Million not enough, ok 100 million dollars).  Now the chances of something like this happening are, let’s be honest here, none!  But what would you do?  Do you have a price?

For some the temptation would be great - for others - not so much.

Today people are asking what the does the church have to offer me?  The answer is everything Jesus gave.  Unfortunately, many of them would rather have the million dollars.