What do you believe in? 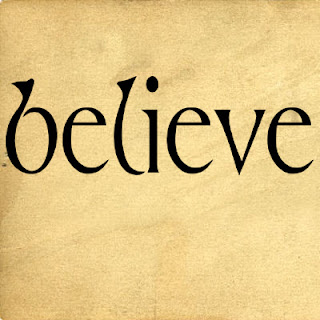 I read an article recently about all the things you learn at the movies.
- All telephone numbers in American begin with the digits 555
- Most dogs are immortal.
- If being chased through town, you can take cover in a passing St. Patrick’s Day parade - at any time of the year.
- A man will show no pain while taking the most ferocious beating but will wince when a woman tries to clean his wounds.

Theres more but I’ll save them for later.

But what do we really know?  In a world that confuses fact with fantasy, right with wrong, good for evil, one has to wonder what we really do believe in.  I hear people today tell me about what they don’t believe in (government - education and humanity to name a few) but I rarely hear about what they believe in.

There comes a point in time when follower of Jesus just have to be different.  Not necessarily opposite - just different.  There is a time and place for us to begin to declare what we do believe.  What we do stand for.  What we know to be the truth.  Then let God back us up on it.  The gifts of the Spirit are a great example.  We wrestle against principalities and powers from hell.  Satan and his worldly ways are nothing more than a well decorated death trap for so many.  But when we believe in everything that the Word of God says we can believe in - we will receive the full backing of heaven itself.

God wants you to believe in something bigger than you - better than you can imagine - greater than what you have known and bolder than anything you have been a part of.  But before any of that can become a reality - you have to first believe.