The People of Pentecost 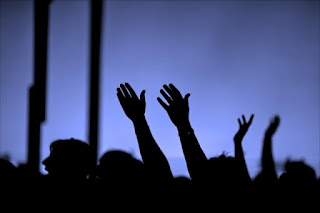 You know that after Acts 2, that the whole city of Jerusalem had to be abuzz about what had happened.  Well, I think that you can probably imagine with me what happened next.  As Christians were being baptized in the Holy Spirit, evidenced by speaking in other tongues, there was this fascination and interest with what was happening.  The 12 apostles and the 120 might have even become local celebrities in their own right because of what happened.  We know from reading in the book of acts that the local religious hierarchy were jealous of them - but there was nothing that they could do about it.
I think that as you allow the Holy Spirit to begin to work in and through you life - you will being to see some of these things happen to you as well.  Think about it, if you pray for someone and God does a miracle - you’re going to have everyones attention.  So what do you do?
Do what Jesus told His disciples to do.  After God has showed up and has everyones attention tell them about Jesus and give them the opportunity to act on their new found faith in Christ.