Showing posts from February, 2012
Show all

What do you do with an extra day? 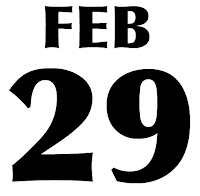 Remember him? He's the pastor who has been imprisoned illegally since 2009. His crime? He converted to Christianity. Now I usually don't take a serious political tone with my blog. But Iran is really getting on my nerves. Someone asked me the other day if I though we were going to invade Iran. I said yes, the only question is, before or after they make a nuclear warhead. Then threatening to block the transport of oil (which will drive our gas prices to $5 a gallon). At some point you have to wonder what is going to happen? But for us Christians we don't, do we? We know all of this is coming - and more! No this isn't doom and gloom. It's actually good news! Jesus is coming back and hell knows it. The world may be primed to capitulate to Satan - but the church of Jesus Christ isn't. Recently Pastor Youcef was given the opportunity to renounce his faith - his answer? "I cannot!" What is our answer when the events of this world tr
Post a Comment
Read more

Crawling out from under a rock

- February 22, 2012
Ohh the last couple of weeks haven't been fun. Allergies - off the scale. Sinus Infection - Miserable THEN! Bronchitis - that was it!! Have you ever had a great idea, but just felt to lousy to do anything about it? That sums up the last couple of weeks for me. Thank God for an understanding wife and church who has been waiting patiently for me to rebound from this non sense. So with that said, I hope to be blogging and tweeting and updating my FB more. Tomorrow - Where there is pain, there is blame.
Post a Comment
Read more

Having clear vision is critical to the future of any leader and the organization he or she leads. When vision is clear, ones purpose in that organization becomes valuable. You know what, when and how to do what you are suppose to do. Leading churches though is a little tougher. Why? While the Church is organized it is also an organism. God created His Church To be His Body, His living representation to the world. I don't know if you wear glasses, but I do. Clear vision isn't something that I assume. I have to work for it. I have to wear glasses. I have to drink water or use eye drops to keep them fresh. Churches are no different. Vision is something that is always revealing itself. Why? My vision slowly changes with time. I have to go to the eye doctor to get clearer vision. The same is true of the church. Vision is something that is always revealing itself. While you may know what God wants to do today, you have to do a couple of things - continually -
Post a Comment
Read more 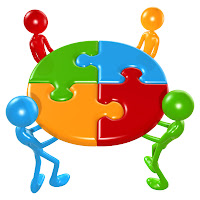 Work together or you will be alone. People don't want to do things by themselves anymore. They want to a part of something that is bigger than themselves. So they love working with others. Now there is a sliding scale to this. The younger people are, the greater the desire to be on a team. The older people are, not so much. This hasn't been a big problem for most leaders in the past - we simply let everyone serve the best way they could. But those days are changing. Now everyone HAS to be on the team and everyone HAS to work with the team. ANYONE who says they are on the team but doesn't really connect with the team isn't really on the team. I know, confusing. In the past, when someone wasn't on the team, they were either dismissed or ignored and the team went on. Now when a team sees or perceives that someone isn't on the team - the whole team quits. If you don't connect with your team, you will be alone - VERY quickly. The solution is
Post a Comment
Read more 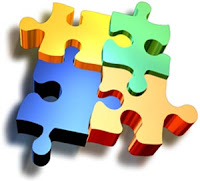 Leadership has and always will be a challenge. It isn't about understanding what leadership is - it's all about how we do it. Leadership isn't what it was 5 or even 10 years ago. So here are a few things that I see trending right now. A leader must lead without letting anyone know that they are leading. I know, it doesn't make any sense, but follow along. People want leaders in their lives. Someone to give them direction and vision. However, if a leader is looking for praise and recognition for what they do - they will be rejected as arrogant and prideful. If a leader "demands" anything of them - they will reject the leader as a dictator type. People are so insecure today that they really don't trust leadership. It's no wonder considering that media paints most leaders as incompetent, cheating, lying bunch of thieves. Try this instead - lead from the herd. Don't get to far ahead, but don't let the herd get ahead of you. The c
Post a Comment
Read more

God is an Awesome God

- February 05, 2012
Church was church today. It's only when we expect more that we get more out of it. Going to church is an act of faith - it isn't just "another" thing that we do. When we expect God to move in our live - He does. There are going to be some great miracles that will come out of todays services. I know that people were healed and touched by the power of the Holy Spirit today. I am excited to see youth worshipping in the altars. Dancing before the Lord. To see people accepting God's will into their lives. Today has been a good day at FFWC!
Post a Comment
Read more
More posts