Is Casey Anthony in Palm City? 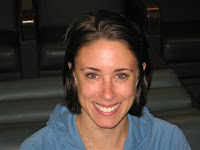 Well, according to news reports, it is a distinct possibility. My answer to that is - so what?

Casey was tried and found not guilty last year in the death of her daughter. A jury of her peers simply couldn't convict her of the crime she was accused of. I found it interesting that after the fact, legal analysts all agreed that there was no way a jury could convict her - anyhow.

Casey was also tried in the court of public opinion. That one didn't go so well for her. With journalists dispensing biased opinions and the public coming to their own conclusions - Casey was found guilty by many people. So while she will not have to do time in prison - she will pay in public.

Now, if she has found refuge at a local church here in Palm City, that would be a story I would like to hear. What events took place that led her to this point? What connections were made? Why?

Some people may think that the church and it's leadership have lost its mind. I would have to suppose that those people also are convinced that she is guilty too. How could a church support such a bad person?

Let me help you out here.

For Christians, justice isn't something that we are to take into our hands. The Bible is clear that God gives governments the authority to rule. The State of Florida has ruled. Secondly, God says that in the end, everyone will be judged and that He will do it. In fact Jesus said it, don't judge other people. So what do Christians do? We do what Jesus would do.

We help people belong. Jesus accepted people on the bus with all of their nasty baggage - regardless.
- He connected to a tree hugging tax collector.
- A bunch of untouchable lepers.
- A woman snatched from an adulterous bed.
- And a host of other black sheep

Long before they believed - they belonged. When people know that they will not be rejected for their past, in other words - accepted - they are open to a new hope and future. Accepting people doesn't mean that we give them a license to keep doing what they have done. It simply means that we don't reject them.

Now I can hear people say, "How can you condone someone like that?" Like what? Someone accused of murder? In my years of pastoring I have known real murderers, thugs, rapists, child molesters, drug dealers and the like. They have never hurt the churches I pastored, threatened anyone or ever left me with the feeling that my church was in danger. But gossipers, backstabbers, criticizers, manipulators and little people on power trips have done more hurt than good many, many times over.

If Casey is here in Palm City and if she has taken refuge at a church (no it isn't the one I pastor) why don't you just leave it alone and let the church do what it does best. Love, accept and forgive. The State of Florida is done - The big name journalists are finished - let the church have a chance. I think that you will be surprised but the outcome.
Casey Anthony