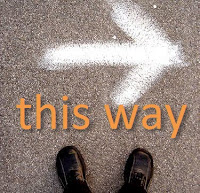 I don't know (nor could I figure out) who told me about the four levels of an organizations or groups existence. If anyone can answer my question, please feel free to do so. But those levels are Survival, Stability, Success and Significance. Most leaders can lead in one of these level, some two - others three or all four.

Remember that no matter where you are at, your purpose is to lead to the next level. Not to camp out where you are at. If you get stuck, get help. If you try to lead at one level for the rest of your life you're going to discover a few things.

When people are ready to move to the next level - they will move away.
Your excuses to justify staying at the same level will soon come back to haunt you.
When you political and personal collateral runs out - you'll probably get run off.
Status Quo is latin for DEAD IN THE WATER - well from a leadership perspective it is.

So what is a:
Survival Leader - This is a leader who usually steps in when a group or organization is going down for the count. Things are bad. They are able to make the tough decisions that need to be made in order to keep things alive. The bills will get paid and very quickly the appearance of stability will present itself. This doesn't mean that things are stable, it simple means that the organization isn't bleeding out anymore. These people bring healing like a surgeon heals with a scalpel.

After a season of healing - the survival leader has to start casting short term goals that accomplish short term victories. He has to address the attitude of the leaders and influencers of the organization. He needs to get some momentum going in the right direction in order to lead. Notice that I said the right direction. Any direction isn't acceptable because down is still down. This level requires the most labor and pain from a sacrificial point of view. Somethings have to be given up on a personal, financial, spiritual and emotional level in order to get to real stability.

Stability Leader - Some writers don't include this level in their leadership articles. However, I have discovered that you need stability in order to be truly successful. You can skip this option, but I don't recommend it. Success without stability always leads to disaster.

Stability leaders may come off as a status quo type of leader, but in fact if they know what they are doing they will accomplish the following.
- They are allowing time to let the group or church mature so they can manage success without failure.
- They are accumulation physical, financial, spiritual and personal resources to release at the right time.
- They are building for the longer term - longer vision. Where as the survival leader is just trying to get people excited. The stability leader is preparing for something bigger in the future.