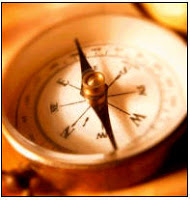 Before we go on - let's take a moment to consider something. When you enter a group or organization as their leader, know what stage they are in. Many times a common mistake produces pain. The leader and organization don't match up. In other words, if you're hired to be a success leader, but what they need is a survival leader. Things are not going to go well. Know your talents and skills - be willing to say no to some jobs (no matter how tempting that they are) on the grounds that you know your limitations.

Success Leaders - These leaders are just what their name suggests. It seems that everything that they do is successful. You have probably been jealous of one or two in your lifetime. It's as if God just smiles on them. What you don't know is: 1) They probably paid a price to get where they are at. Most likely they were Survival and Stability leaders before they were successful. Remember - leaders who try to skip these two steps usually don't perform well. 2) Success leaders are anything but status quo. They know better than anyone that they can loose everything in a moment. Diligence is their motto. They watch the small things and keep their priorities right. 3) Good success leaders know that they one of two options. Keep redefining success and achieve it - or reach for the next level.

What does it mean to be significant? It means that your group or organization exist for a higher calling. It's more than money - it's more than about being number one. It's about making a difference. Significant leaders know where they are going and how to get there. They are willing to sacrifice some of the bottom line - some influence - some power in order to accomplish something better. In other words they are willing to give up what is good enough in order to have something better.

Be careful of organizations and leaders who promise that they are there to make a difference. Some use the "significance" level as a marketing means to an end. What you have to look for is genuine care and compassion. Are they willing to fight for you - are they willing to make sacrifices for you in the end. Or are they just stringing you along and giving you lip service until they get what they want out of you. This is tough I know - but the reason I point this out is to prevent you from falling into this trap.

Tomorrow. Change and the Battle Within
Change