Change and the Battle Within 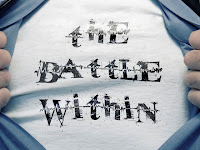 Without fail - someone resists change. There are a number of reason for this and there are just as many ways to deal with it. However, what I see many young and immature leaders do is quite honestly - wrong. Let's review a few things.

Some will fight. I have already spoken about how you choose your battles and why. But for some leaders, they fight change because it gives them a reason for their existence. I could blog about this all day, but let's boil it down to this. Some leaders fight to justify their existence. A crisis always keeps a group or organization in survival and sometimes stability mode. But if the leader isn't a success leader he or she can create crisis to justify their job (and not even know it).

Some will change for change sake - Always a bad idea. Pick and choose change wisely. To keep things in a flux of change 24/7 only makes everything look good - but it never accomplishes anything of much good. Eventually a lack of production will catch up with you.

Appeasing Change - Making changes to appease some people. While I admit I have done that - and regretted it. I finally figured out a few things that can make this work for you. #1 - Don't appease just to make people happy. Once you do that you will have to appease them for the rest of your life. #2 - Asses what they are asking, and if it something that can help your group or organization, then give it serious thought. But before you do it, let them know that you decision isn't based on their wants but the organizations need, then thank them for this good idea. #3 - Don't appease to buy time. If all you are doing is delaying the death of a program or process, then go ahead and kill it. The pain in the short term will be easier to deal with, believe me.

More about the battle within tomorrow.
Change