Tiger Woods Is Still In The Woods 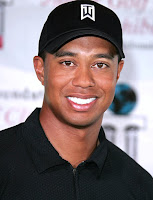 Tiger Woods today finally spoke after weeks of speculation, here-say and rumor. Most of what we already know was confirmed and his public confession, regardless of what we might think, is a part of his healing process. However, he still doesn't get it. In his statement he says,

"I actively practiced my faith from childhood until I drifted away from it in recent years. Buddhism teaches that a craving for things outside ourselves causes an unhappy and pointless search for security. It teaches me to stop following every impulse and to learn restraint. Obviously, I lost track of what I was taught."

Whatever therapy that he is getting, and I am glad that he is seeking help, it obviously doesn't care what ones "higher power" is. When someone drifts away from their core beliefs and their "spiritual" center - disaster is inevitable. But has Tiger ever stopped to think that his beliefs and spirituality are the very things that led him astray.

The purpose of Buddhism is to free one from suffering. It does not believe that the world is created or ruled by God. They do believe in deities that serve to inspire those who practice Buddhism. They do not believe in absolute truth, doctrine, theory or ideology. There is no God, there is no salvation, there is no truth (even though they seek Ultimate Truth) and there is most of all - no hope.

Buddhism, like all other powerless faiths, is only as perfect as the one practices it. In other words, Tiger has declared to stay on the course that got him into trouble in the first place. His addictions and habits are only symptoms of the real problem. He was right, his heart is insecure. Women didn't fill the void - Buddhism didn't fill the void - Only Jesus can.
Current Events