Marriage and Fighting - The Rules On How To Fight Fair 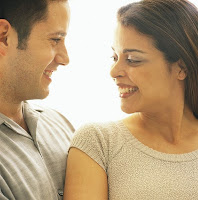 Couples have the occasional - spat. Then there is the heated "discussion". Then there is the epic war to end all wars that will be marked for all time. Otherwise known as, "The Fight!". I have seen couples who have almost divorced over a spat and regretfully, I have seen couples fight the epic battle on a daily basis and thought that this was normal.

Fighting is a part of marriage. Couples are always learning how to live with each other. True, it should get easier over time - but two personalities, two opinions, two points of view eventually are going to disagree. Ask yourself this question, "Are you the same person you were 6 months ago? A year ago? 10 years ago?" Of course not. We all change over time. Life changes us and as a result our habits, actions, opinions, likes and dislikes will change too. In a marriage, we can never assume that everything is always going to be the same all the time.

Fighting, all be it loud, is a form of communication. I want couples to communicate. Now if the only way they can do that is by fighting - they you help. But if there is going to fight, here are the rules that you need to apply.

1. Stick to the subject. Fight about what is making you angry. Don't recall things from your past that are irrelevant to the argument. When we are angry, and if we have a laundry list of stuff that has made us angry in the past, it will all come out all at once. All this does is make a mess. The possibility for resolve is destroyed and now we have set a series of spats, heated discussions and epic battles into motion. That leads me to rule #2.

2. If it bothers you right now, then speak up right now. Don't let something simmer. If you simmer you will get bitter. If you choose to not say anything, give up the right to bring it up later. Now if you cannot do this, deal with it now and get it out of your system ASAP. But only deal with one thing at a time. Don't try to fix everything at once. That will get messy.

3. Never use words like "always" and "never". These words inflame the other person. "You always...." or "You never...." This tells the other person that you don't believe that they can change. This is a painful thing to hear. So much so that they may want to give up. If you think that they can "never", then they most likely think they can't. Using these words hurts you as much if not more than it hurts them.

4. Do not use derogatory remarks. Making remarks that attack ones body image, personal intelligence or skills are always off limits. Do not use curse words while fighting. It only clouds the argument and raises ones temper with each word. This usually leads to the epic battle.

5. If you are about to do something that you are going to regret call a timeout. If you need 5 or 10 minutes, take it. If your spouse asks for a time out, let them. Usually we know when we are about to do something stupid. Really, really stupid. Walking away and cooling off is necessary. But you must finish the argument. You cannot walkaway. When you return you must do the following. "Listen, the way we are approaching this isn't working. Let's sit down and try to have a calm conversation."

6. If you know what to say or do that makes your spouse angry. Don't do it. Everyone has "hot buttons". Those little things that you can say or do that will upset your spouse. Arguing isn't about winning, it's about resolving a problem. If you are pushing your spouses hot buttons for the purpose of frustrating them so much that they will cave to your demands. Then your a manipulator, not a spouse.

7. Close your mouth and listen. Don't interrupt. No matter how far off the mark you think that they are, don't interrupt. They really do believe what they are saying, they think that it has validity and that it should be said. Listening let's them know that you care. After they have vented, then you may present your side of the issue without interruption. Rephrase what the they have said into your own words. "So let's see if I understand you correctly...." Let them correct what you are saying until you get it right! Both spouses need to do this until everyone feels that the other person has been understood.

9. Never get violent. This shouldn't have to be said, but nevertheless - don't do it. Punching a wall or a door is included on this list. You should have practiced rule number 5 BEFORE this happens.

There are probably more, and I'll add them later when I think of them.
Marriage Series