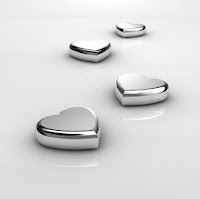 Today is the 25th anniversary of my marriage to Betty Lynn (Engstrom) Jones.

Now the fact that we have made is 25 years is an accomplishment. There was a lot of money exchanging hands the day of our first anniversary. Her dad was convinced that she was going to either leave or run me off. Others were convinced that I had to marry her because she was pregnant. Well we all know that one wasn't true.

That first one though almost happened. It wasn't a few weeks into the marriage that I had walked into the kitchen and asked if we were going to have dinner or something. She launched into a tirade that was quite epic. She told me under no uncertain terms that she didn't want to be married anymore. She didn't like it. It wasn't what she expected and she wanted out. Now I am not advocating what I did to be repeated in any marriage anywhere, but on that day - this worked for me. I picked her up by the shoulders and pinned her against the wall so that she was about a foot off the ground. Then I explained to her the facts of life. That divorce was never going to be an option - but murder was!! I made sure that she understood my love for her in very plain terms and that we were responsible to work through these issues, not run away from them. That these were the terms of our marriage and that this was the way it was going to be. I set her down and she responded with a "OK". And a few minutes later I had one of her famous meals that probably was a murder attempt.

All that said - here is where we are 25 years later.

We quit using the word divorce a long time ago. It is easier to fight than switch. Both of us have a steely look that effectively does the same thing I did 25 years ago without all the drama. We are not so worried about our destination in life as we are about the quality of the journey that we are on. Both of us have changed so many times now we can't even remember what kind of persons we were when we got married. (I think that's a good thing.) For all the mistakes that we have made it is easier to forgive each other now than it was 25 years ago. I actually love her more now than I did 25 years ago. I am having the time of my life living it with her (and Anneka too.)

So what did I get her for our 25th Wedding Anniversary? Nothing. Well I tried to get something, but the deal fell through. Believe it or not, we have never owned a house in our lives (a condo once). So hopefully in the near future, she will get a house that she loves and can call her own. Happy Anniversary hon! I do love you!!
Personal Life