The National Championship, Tebow and God 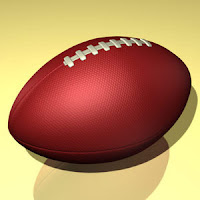 When it comes to football I love one team. The Arkansas Razorbacks. I was raised just north of Fayetteville and was saying Woo Pig Sooie before I could walk. So when the Razorbacks, who didn't have a great season this year, faded away - so did my attention span for college football. Until this morning. I read this article in the Orlando Sentinel about the Gators quarterback Tim Tebow and his faith in God. At first I thought that they were going to skewer the poor guy, but . . . well read it for yourself here. FYI - I really don't like Oklahoma at all. So I can't believe I'm saying this! Go Gators!
Personal Life