It's All Greek To Me - Laos 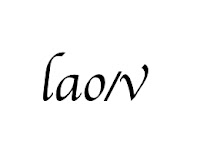 LAOS - (lah-os) is the Greek word of people. Defined: 1) A people, people group, tribe, nation, all those who are of the same stock and language 2) of a great part of the population gathered together anywhere. It is used 142 times in the (NAS) New Testament. When you see the word people or peoples, it is laos.

Now that in and of itself doesn't seem to say anything earth shattering. But when you begin to read those 142 passages you will begin to see a theme develop. The disciples and the church of Jesus had a vision, a passion and drive that motivated them for Jesus. Sometimes they enjoyed the favor of the people. Sometimes the people turned on them. Nevertheless, there was a clear understanding among Christians that whoever was around them, that whatever their nationality, they were to reach them. Why? These people were stubborn, idol worshippers, hopelessly bound for hell. The false spiritualities of that day were a heavy influence on the people, blinding them from the truth. Many were arrogant and wanted to extinguish the message of Jesus, some even in the name of God! Yet it was the mission and value of the New Testament church. REACH THE LAOS!

When you are in the store you are surrounded by the laos! If you are a particular nationality, they are the laos too! Even if your not of a particular nationality, but you are in their midst, they are the laos. I think that it was a little more personal for the church. They took ownership in the laos. In Acts very few of those ministering were Gentiles, yet these Jews claimed Gentiles as their laos. Paul, everywhere he went desired to reach the laos. It didn't matter to him if they were Romans, Jews, Gentiles, the people of Corinth or the Maltans (the list is quite long) - where ever he landed he desired to reach them!

So who are you trying to reach? Who are your laos?
Devotions