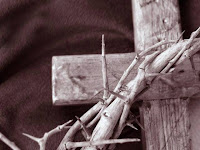 Paul, through the book of Romans, gives us such insight into ourselves that sometimes you have to think, "Is this guy standing right beside me?" Well, he isn't. But if you think that your thoughts and feelings are your own, they're not. The people of the New Testament were thinking the same things we are thinking today. As in Romans 3 - Will our lack of faith change what God has said to be true? Paul quickly responds with - NEVER! But there are those who do think that because their situation is "special" and "unique" that the truths of His Word - The Bible - don't apply as much as they would with anyone else.

King David tried this. He slept with another mans wife. She got pregnant from that encounter. To cover up the sin he tries to manipulate the situation by "arranging" an encounter between this woman and her husband. But because this man was a solider in Davids army and because they were at war - his integrity would not allow him to enjoy such an opportunity. Therefore, the king manipulates the situation again and has this man murdered. This is followed by a quickie wedding and now all is well - no one found out.

A year later the prophet of God approaches the king with a dilemma. If a man who owns many sheep steals the only lamb of his neighbor to feed a guest what should be done? The king declares that this man should be punished severely. Then the prophet tells the king that he is that man and the light goes on in Davids head.

Psalm 51 is the prayer of repentance from Davids heart for what he did. In essence he says. "God, you're right and I am wrong." If you want to know where you begin to change as a person and as a Christian, it is here. When we declare the first truth of all truths. God has been, is and always will be true and right.
Devotions